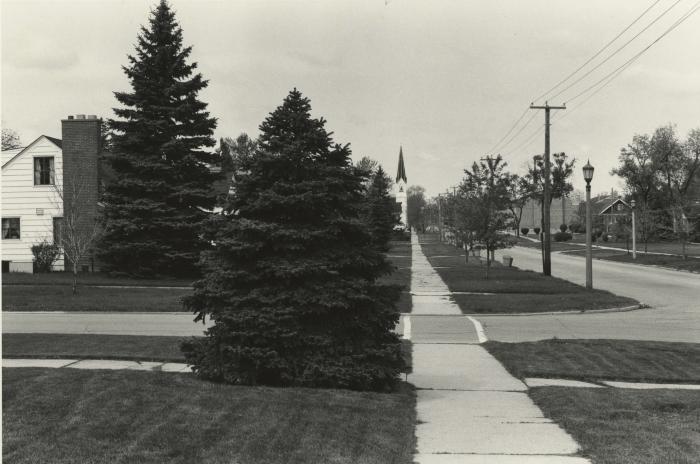 A black and white photo of a sidewalk that goes into the distance in a neighborhood. On the left there large pine trees and further back there is a road that meets another on the right at an intersection that travels into the distance. There are power lines in the sky and a house on the very left partially out of frame.