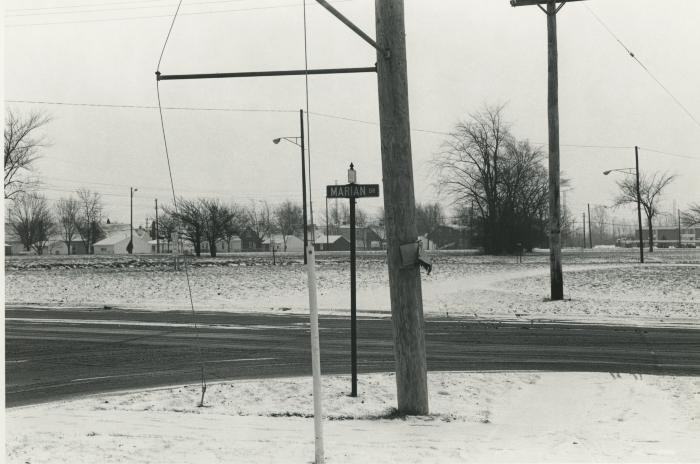 A black and white photo of an intersection. There is a telephone pole in the center of the image and a street sign next to it that reads "Marion St" in a snow patch. A road comes from left and meets a road in the distance going horizontally through the distance. Beyond this road is a grass field covered in a light white snow. There are trees in the distance.