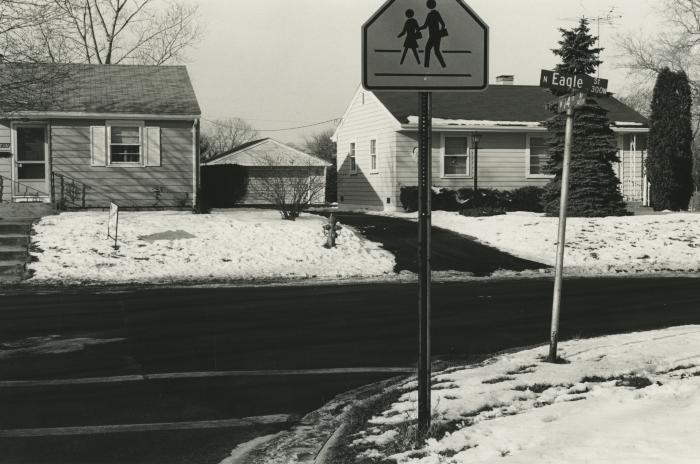 A black and white photo of an intersection in a neighborhood. In the center of the image is a crosswalk road sign and beside it is a street sign that reads “N Eagle St”. Across the street are two single story houses. They both have snow in their front yards.