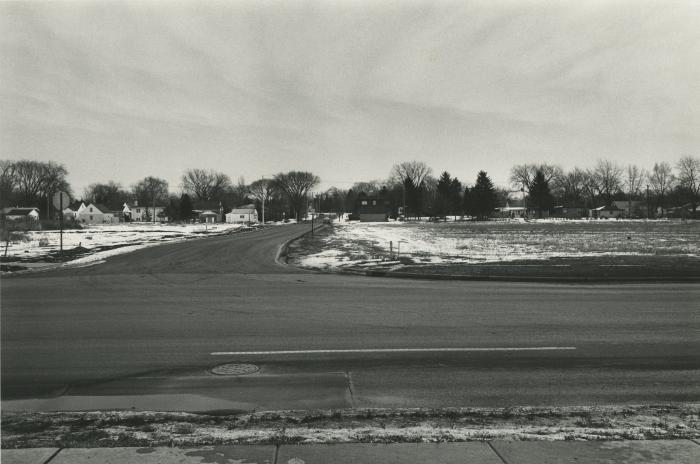 A black and white photo of an intersection. There is a road stretching across the front of the picture and in the background a road stretches off into the distance where there are suburban houses around it and scattered on the horizon. There is a thin layer of snow in the grass around the road.