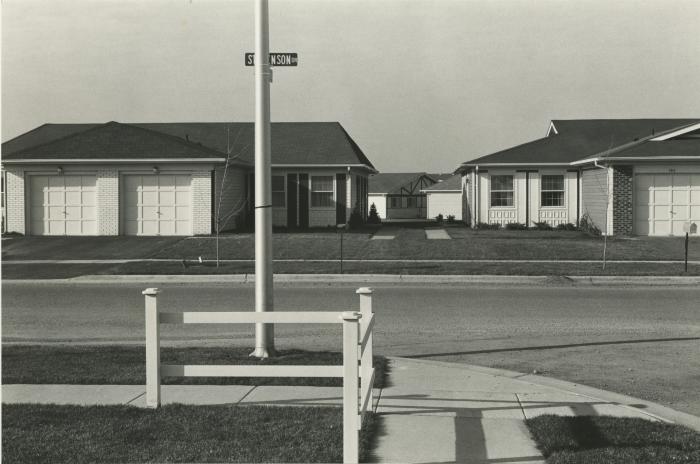 A black and white photo of an intersection in a neighborhood. On the right is a fence at the corner of a yard that goes around a sidewalk. There is also a street sign on a large pole but the name is not visible. Across the street are two single story houses.