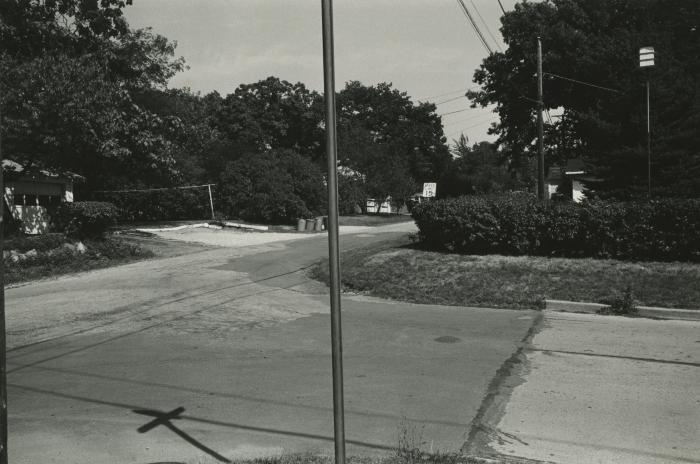 A black and white photo of an intersection. In the very center of the image is a pole and the top is not visible. There is road taking up the entire foreground and it stretches back into the distance on the left. There are corners of grass on either side with bushes and trees in the grass. On the left a driveway meets the road. There are shadows of power lines in the street.