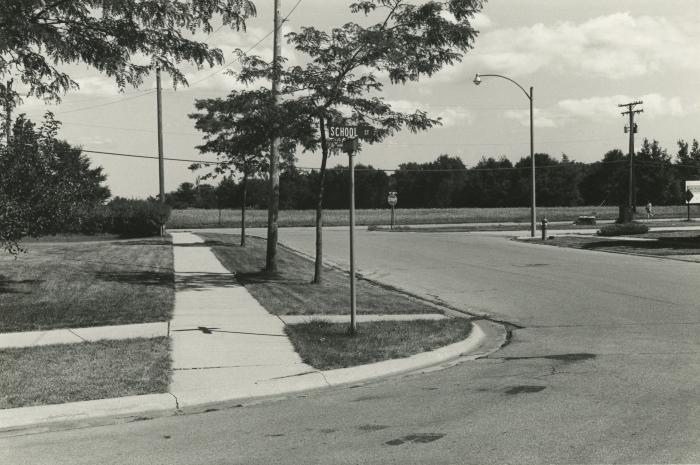 A black and white picture of an intersection. There is road in the foreground going horizontal and then it meets one that is traveling from the right into the distance where it meets another horizontal road in front of a agricultural field. On the left side there is a corner of sidewalk that follows both roads and on the corner there is a street sign that reads “School St”. There are trees in the grass along the street and power lines in the sky.