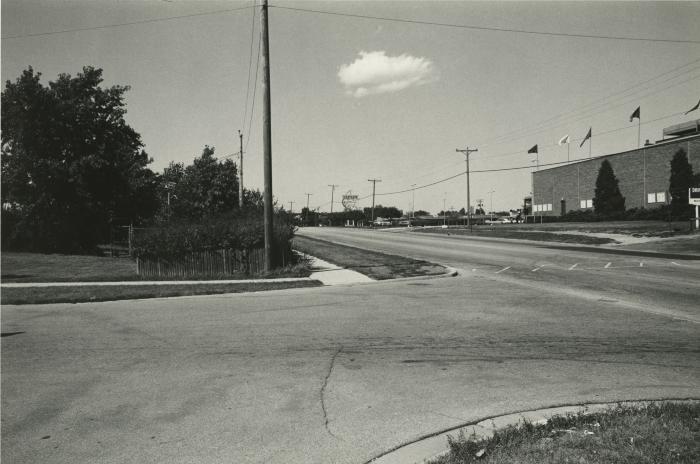 A black and white photo of an intersection. Road comes from the right and meets road on the left that is traveling into the distance. On the right there is a building with flags outside of it. On the left there is grass with plants and trees around a fence. There are power line poles and wires all around in the sky.