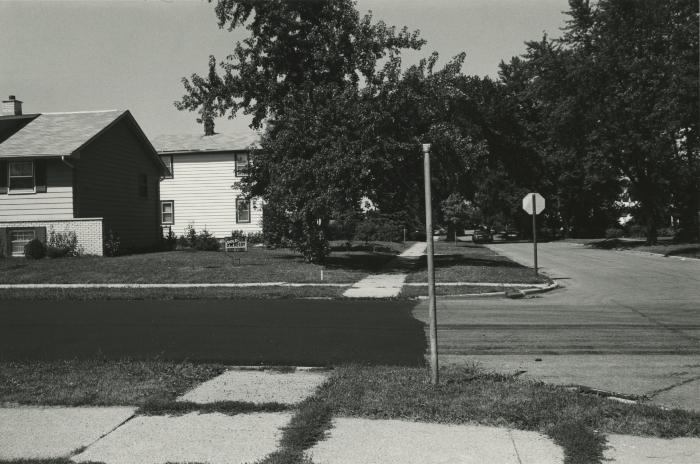 A black and white photo of a street. On the left in the foreground is a sidewalk that has grass overgrowing between all the cracks. There then is a newly paved road, but the new asphalt stops at the intersection, which is to the right side of the image. On the left in the distance are two houses and the sidewalk continues. On the right there are trees lining the cross road and the back of a stop sign.