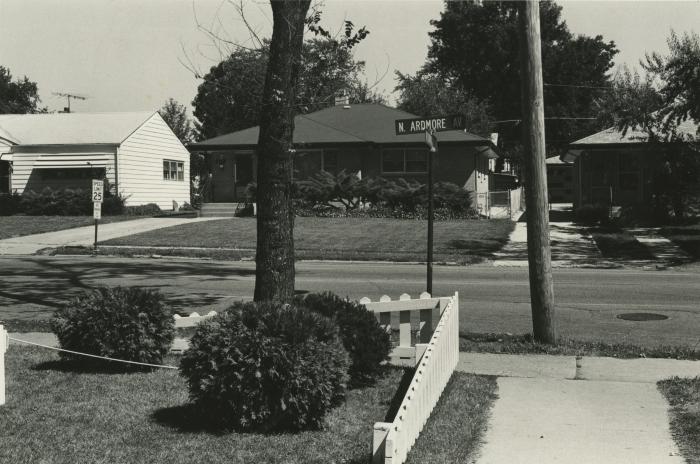 A black and white photo of a street in a suburban neighborhood. On the left of the image we see a small garden with three bushes inside a white fence. There is a sidewalk around the white fence and leading off in the other direction as well. There is a road beyond this behind a street sign that says “N. Ardmore Av”. Across the street there are three single story homes.