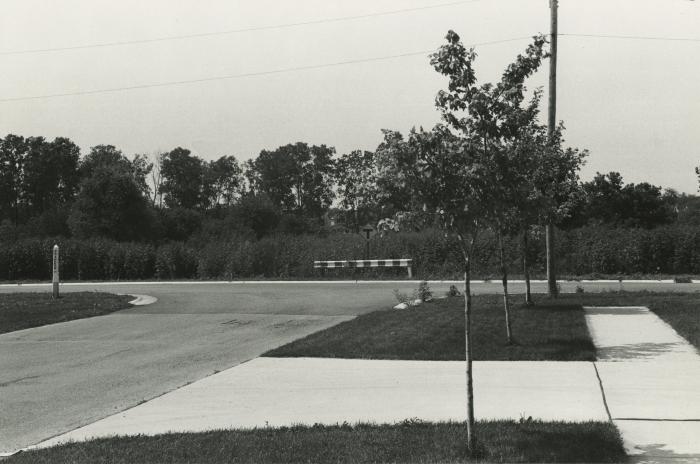 A black and white photo of a street. On the left side is a street that is perpendicular to another and they meet in the distance in the photo. On the right side is the end of a driveway and the end of a sidewalk beyond it. Right in front of the driveway, and visually the focal point of the photo is a small tree. Where the two roads meet, there is a striped barrier with a sign above it indicating the “T” in the road.