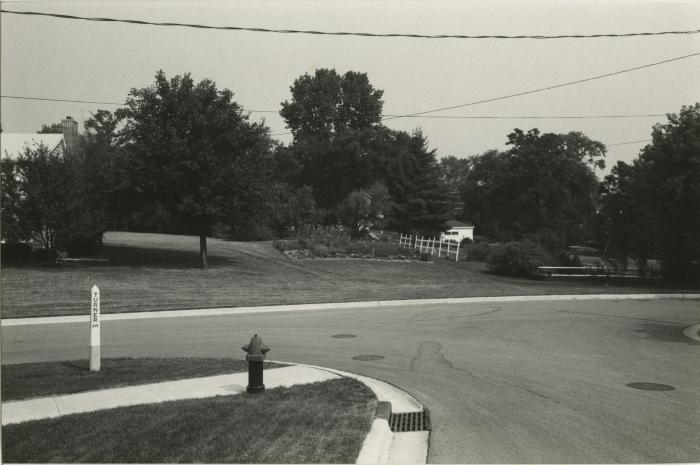 A black and white photograph of a street. On the left there is a section of grass that has a fire hydrant next to a sidewalk and a small post on the far side of the sidewalk that says “Turner”. The right side of the image is a street that connects into a street that stretches horizontally across. In the background there are yards with trees and plants, and a partial house is visible on the right side beyond a fence.