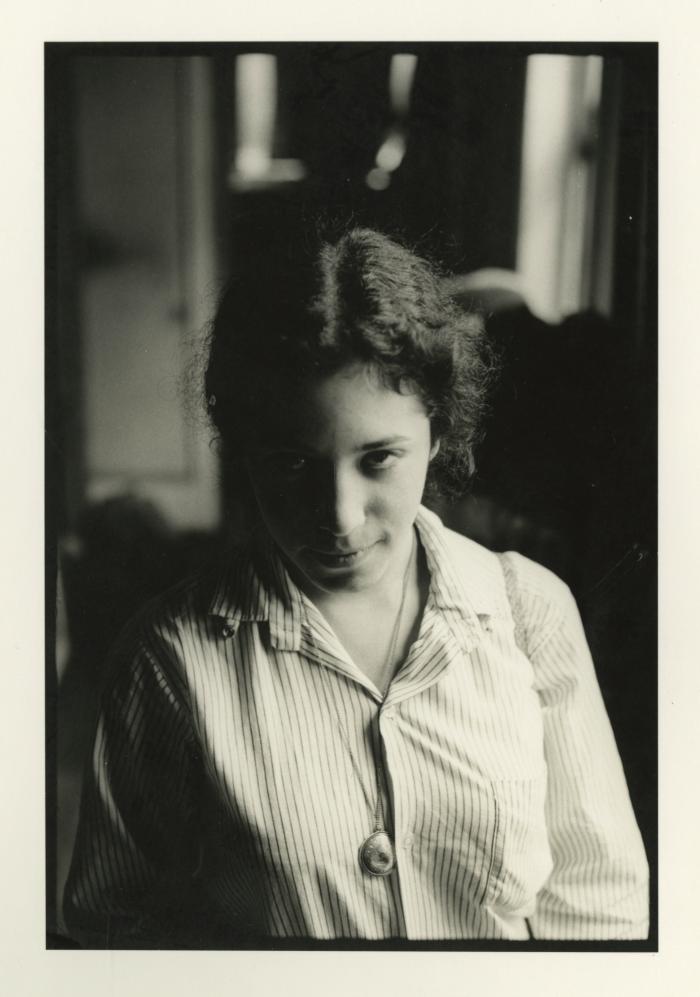 A black and white portrait of Janis Ian staring into the camera with her head slightly tilted down making direct eye contact with the camera. She is wearing a collared shirt and a necklace. Behind her is out of focus.