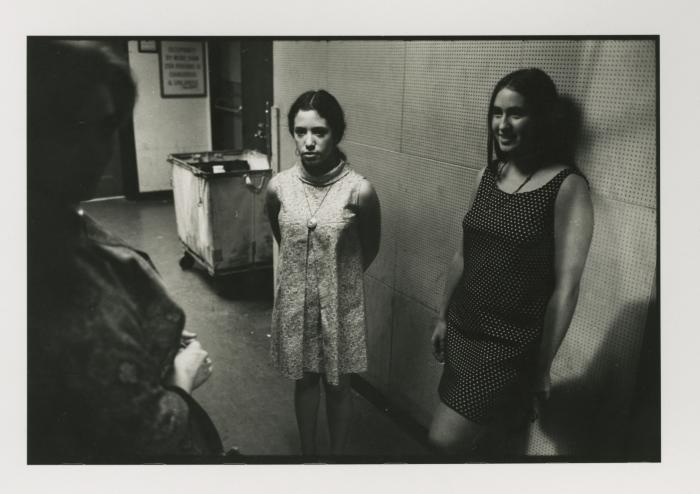 The photograph is in black and white. On the left there is a woman standing against a wall who is out of focus and is looking at the camera. To her right there is Janis Ian standing in a dress and to her right is another woman in a dress leaning against a wall and smiling. They are standing in a hallway and to the left down the hallway is a canvas basket. To the right behind the women is a wall that looks like its covered in pegboard.