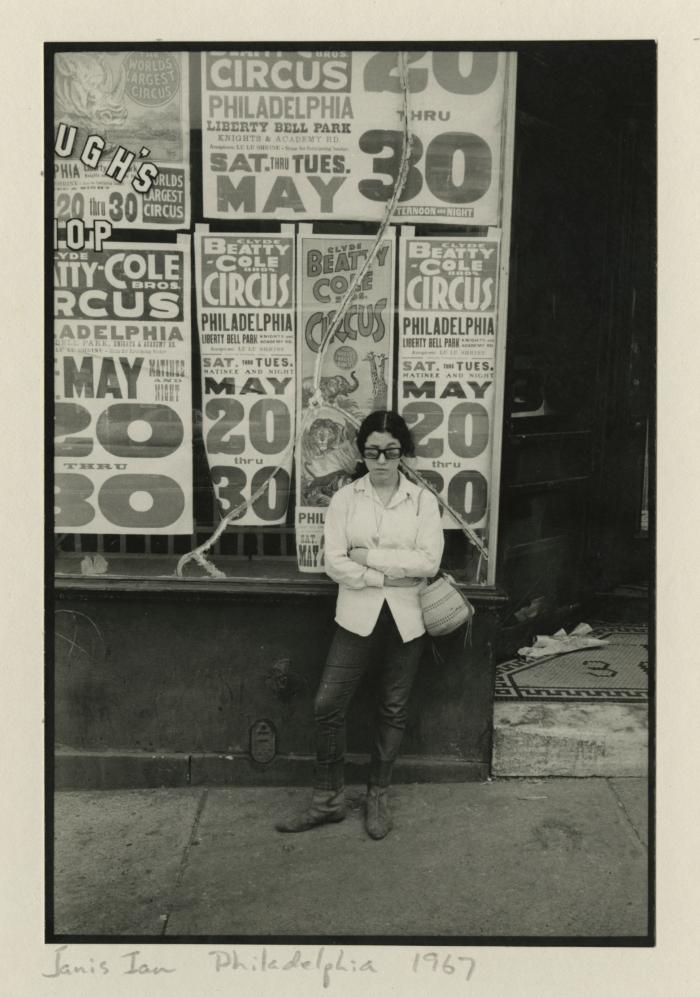 A black and white photograph of Janis Ian learning against a store front on the street. She has her arms crossed and her eyebrow raised, wearing a collared shirt and sunglasses and carrying a bag over her shoulder. Behind her the storefront window is entirely covered by circus poster advertisements. On the right there is a doorway to the store, that is partially out of frame.