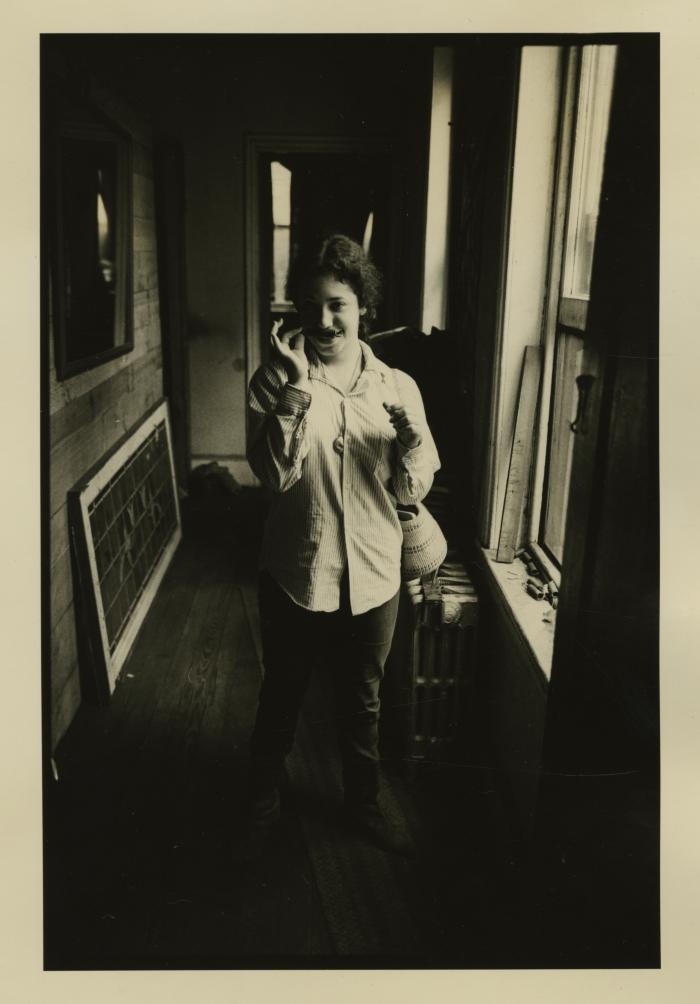 A black and white photo of Janis Ian standing in a hall beside a window that is to right. She is wearing a striped collared shirt and is holding something up to her nose and smelling it while looking into the camera with a smile on her face. She has a bag over her shoulder. Behind them in the hallway against the wall on the left is a framed picture sitting on the ground.