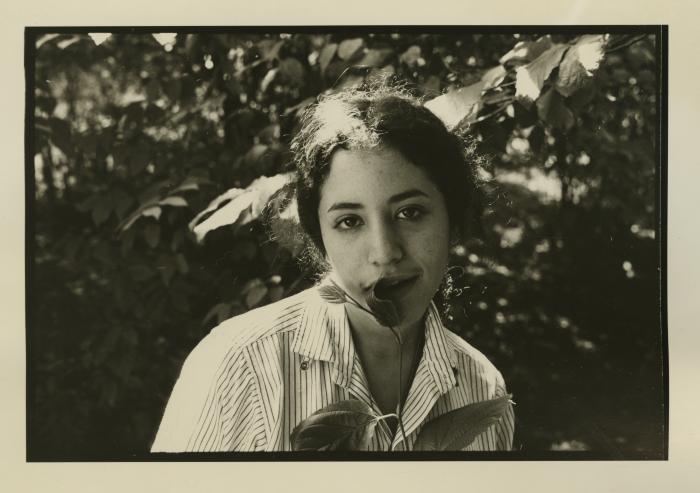 A black and white photograph. A portrait of Janis Ian looking into the camera wearing a striped collared shirt. she is holding g a leafy stem to her face, and a leaf is on her lips. Behind her are leafy plants.