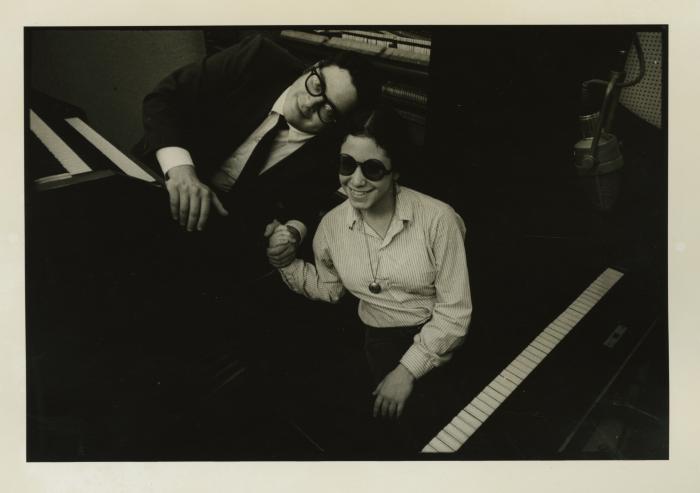 A black and white photo of a woman on the right sitting at a piano keyboard leaning back, smiling into the camera and holding the hand of someone on the left who is also sitting at a piano leaning down to have his head touching her head. The woman no the left is wearing a striped collared shirt and sunglasses and the man on the left is wearing a suit and tie and glasses. Behind them is a piano of sorts, but is partially out of the image.