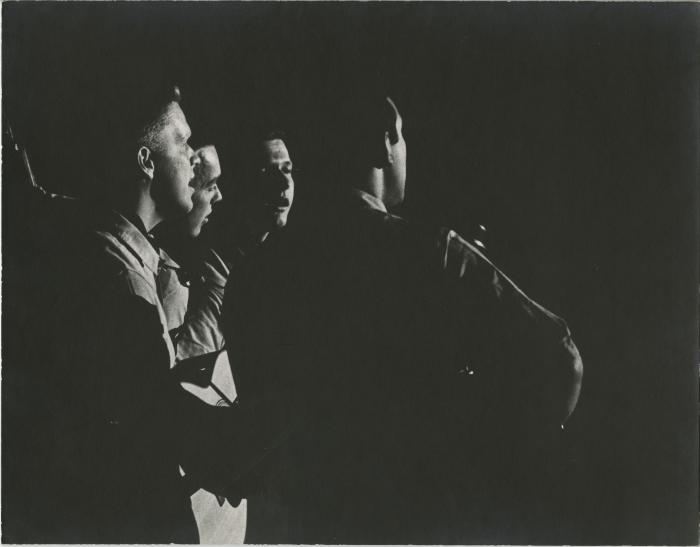 The photo is in black and white of the band, The Brothers Four, performing. Two men we see from behind singing and between them we see the faces of two other men singing. It is unclear if they are playing any instruments or who the individuals are. All around them is black.

In 1956, Bob Flick, John Paine, Mike Kirkland, and Dick Foley met in their fraternity at the University of Washington and started playing music under the name of The Brothers Four. They started playing professionally as a prank, and a rival fraternity called them inviting them to play a gig at Seattle’s Colony Club, where they were not scheduled to play or invited or even known of at all. It ended up working in their favor and sparking their career after playing there on a fluke. They ended up getting signed to Columbia Records three years later and put out their biggest hit “Greenfields” a year after that, in 1960. Their career and sound became overshadowed in America by acts like Bob Dylan and the Beatles, but they continued to perform on and release music and while the original members have passed on the batons, the band continues to create and perform today.