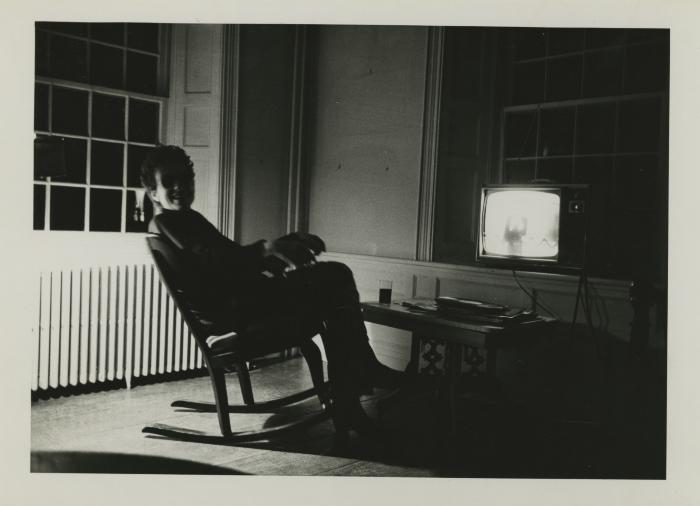 The photograph is in black and white. To the left of the image is Bob Dylan sitting in a rocking chair watching tv, he is wearing sunglasses and smoking a cigarette. To the right is a table with various papers on it and a glass full of something. On the ledge of the window is the TV and he’s watching Dean Martin. There are two windows in the room, one he’s facing and another behind him that’s above a heater. The room is otherwise empty. This is taken in his home in Woodstock, New York.