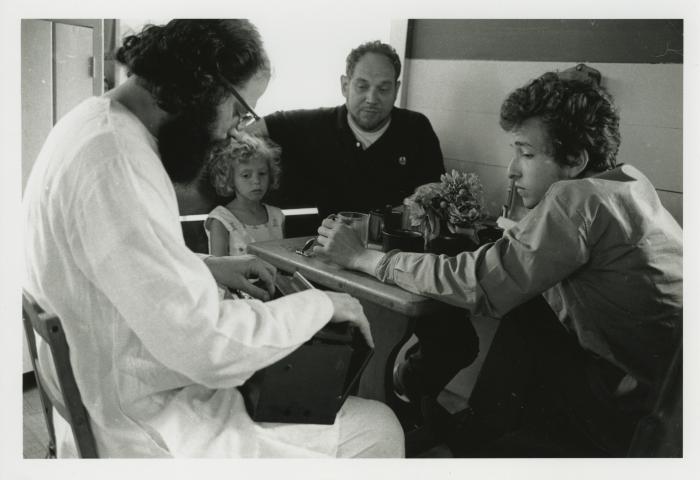 The photograph is in black and white of four people sitting around a table. In the foreground, Allen Ginsberg in all white is sitting on the left holding a box in his lap and Bob Dylan is sitting to the right watching Ginsberg. Across from them are Al Aronowitz in a black polo sitting on the right and his son sitting next to him on the left. On the table is a bouquet of flowers and a lot of coffee cups. The background is a wall that has a window further to the left. The photograph was taken in Woodstock, New York.