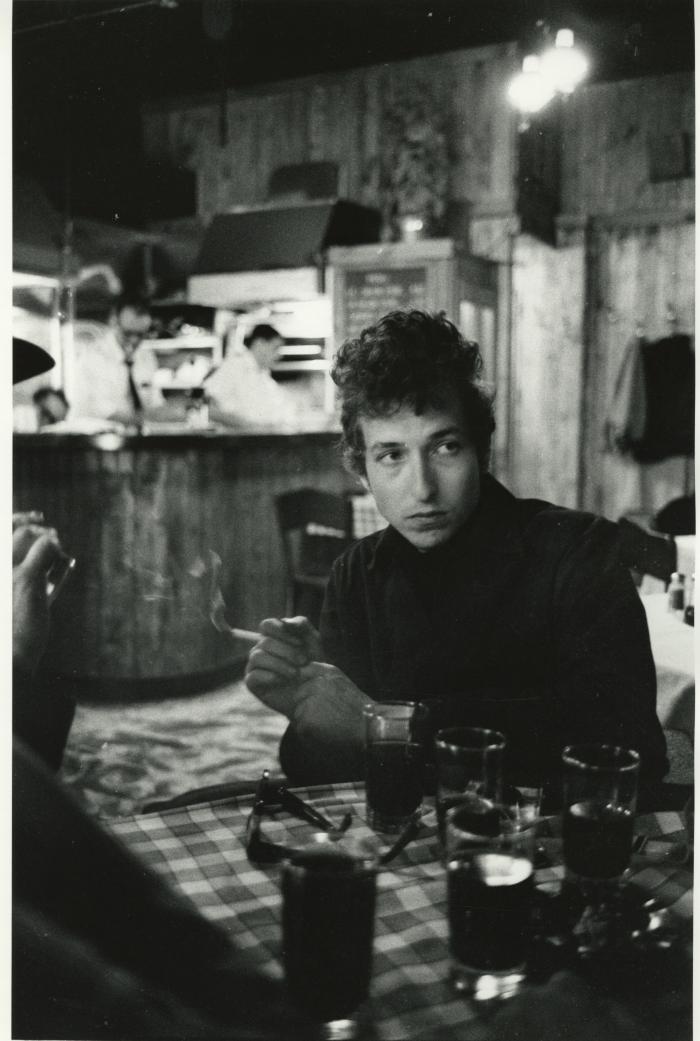 The photographs in black and white. Bob Dylan sits at a table, with a cigarette in his hand, looking to the right of the photo. There are other people at the table but the viewer can only see a hand to the left. The table is full of half full glasses. Behind him is a counter where two people work. This was taken at Kettle of Fish Bar in Greenwich, New York.