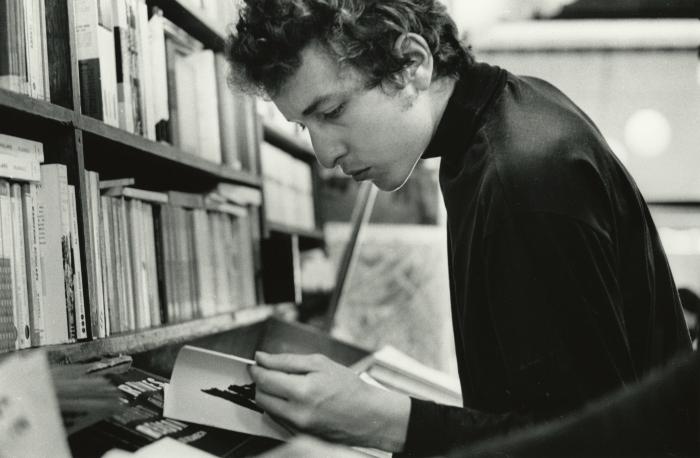 Bob Dylan Looking at a Book in Bookstore at Greenwich Village, New York

The photograph is in black and white. Bob Dylan is standing on the right leaning to the left looking at a book. The left side of the image is a bookshelf that extends into the background. This is taken in a book store in Greenwich Village, New York.