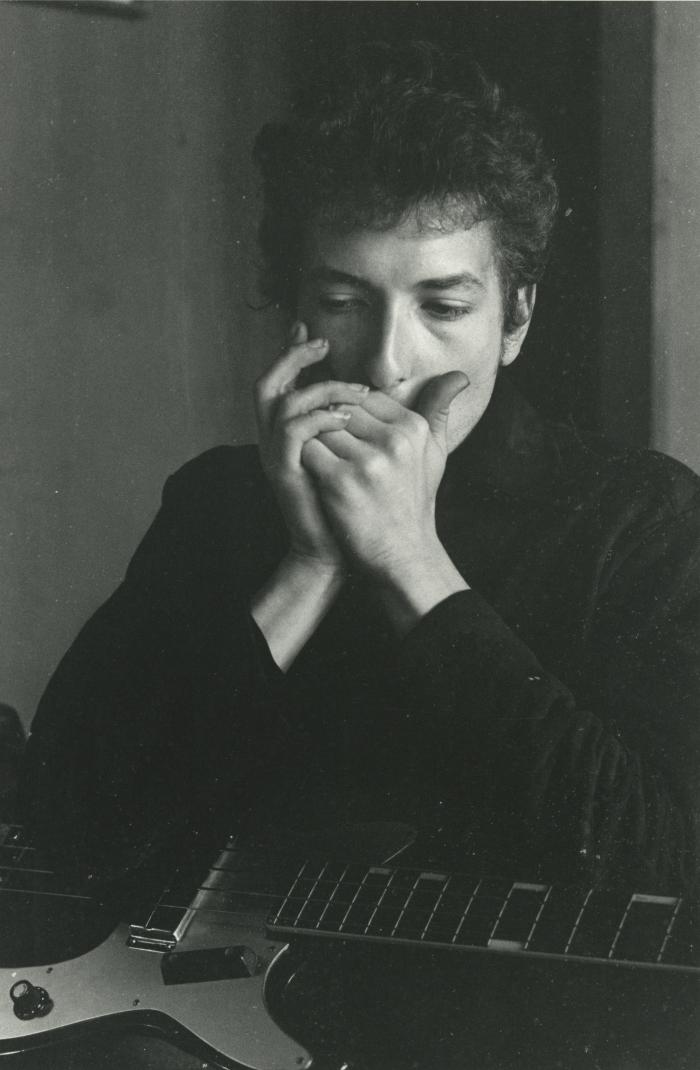 The photograph is in black and white. A portrait of Bob Dylan while he plays the harmonica. An electric guitar sits on his lap and he is wearing a dark shirt. He is in a coffee shop in Woodstock, New York.