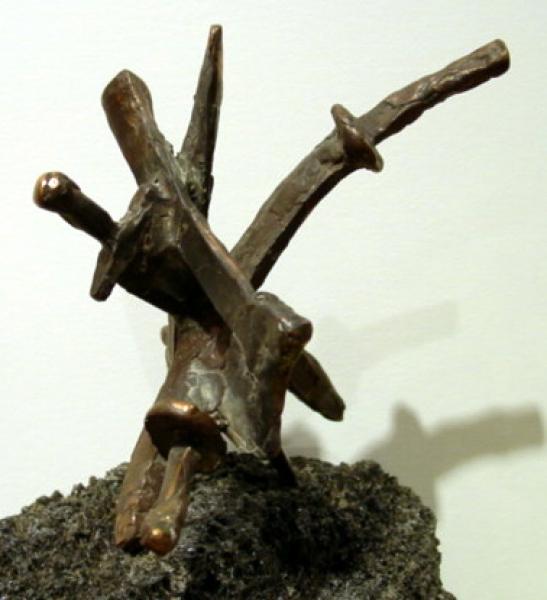 Swords and axes leaning against one another.

As a young man in the Soviet Army, Dimitry Kaminker worked as an assistant to artists creating public sculptures for the Russian government. Wanting to express his own artistic style, Kaminker created artwork in the sub-basement of the government studio. He gathered recycled and discarded materials to create sculptures that the authorities would never have permitted him to exhibit. Playing with the sometimes-contradictory combination of myth and reality, Kaminker’s artwork can have a humorous side, but is meant for thoughtful reflection on history and modernity. A number of different culture’s folklore and myths can be found within Kaminker’s sculpture.