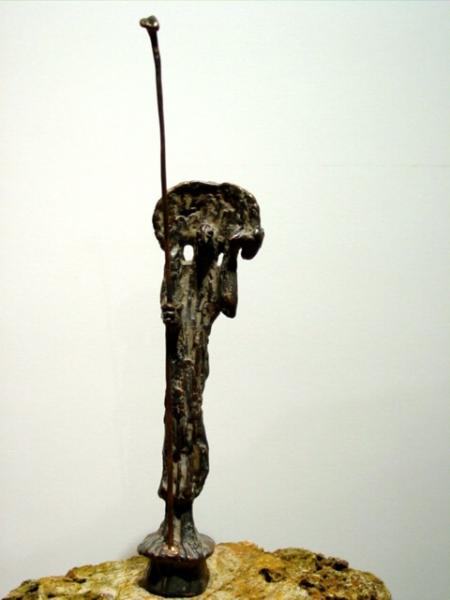 Human figure with a long staff in his right hand, A sheep is over his shoulder.

Dmitry Kaminker was born in 1949 in Leningrad (now St. Petersburg). From 1969 until 1973 he studied at the Vera Mukhina Higher School of Art and Design in St. Petersburg, Russia (formally known as Saint Petersburg State Art and Industry Academy), in the Architectural and Decorative Sculpture Department. Since 1980 he has been a member of the Russian Union of Artists. The following is a quote by Rina Greer on Kaminker's work: "It addresses the experiences of living in a land where political power has been radically abused, where final military power is thinly disguised with empty, bureaucratic babble."