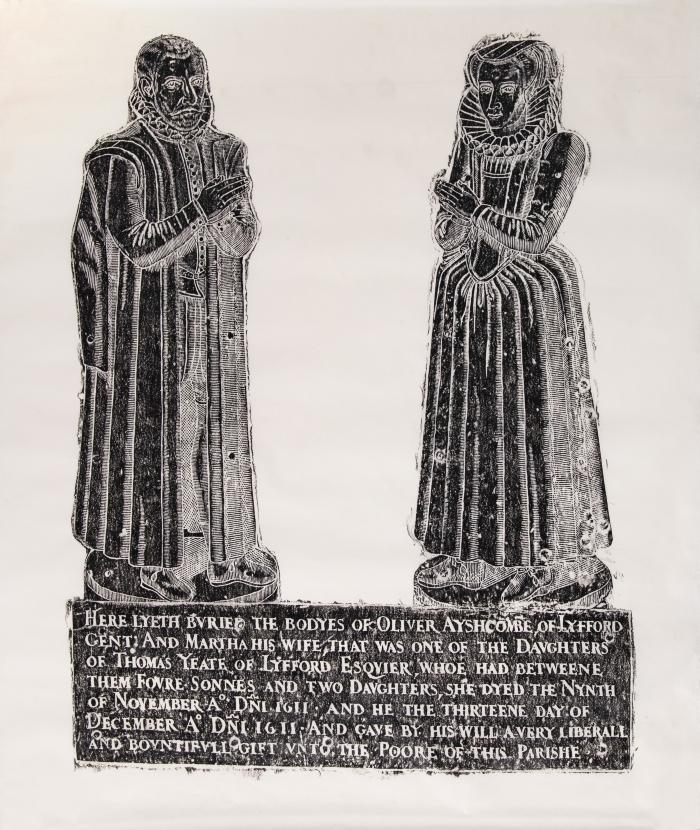 Oliver Ayshcombe and his Wife Martha

Gift of Jane and Wally Ewing

Paper and heelball: black wax on white paper. Husband and wife face each other above an inscription. This is a rubbing of a British brass effigy. Oliver is depicted in civilian clothing along with his wife. Their hands are clasped in prayers. They both have ruffled collars.

Wax rubbing of the Funerary brass of Oliver Ayshcombe and his wife Martha, both died in 1611. The original brass is located in West Hanney Church in Berkshire, England. During this time it was not fashionable for men to be depicted in armor so they are both wearing “Civilian” clothing. The full rubbing also includes a lower panel with small figures depicting their six children.