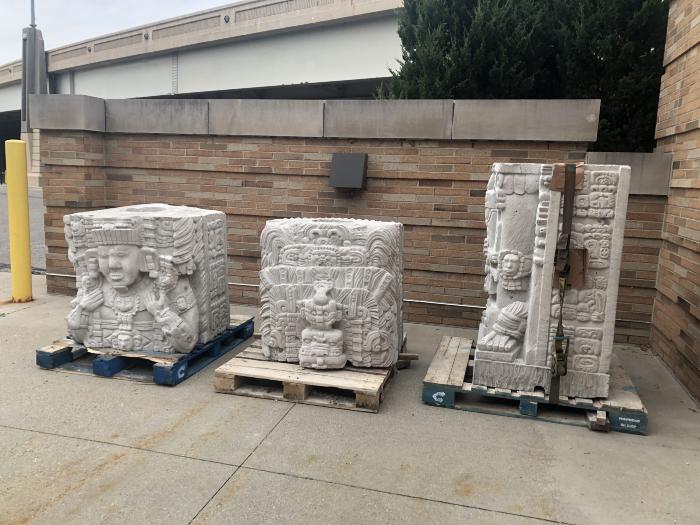 The Maya were people who lived in Mesoamerica. They and their descendants have lived in that part of the world since around 2,000 B.C. The Maya developed written language in the form of hieroglyphics, as well as advanced forms of art, architecture, mathematical and astronomical systems. Mayan influence is found in Honduras, Guatemala, El Salvador, Belize and Southern Mexico. In their history, the Maya were primarily influenced by other cultures through trade and exchange rather than warfare. Mayan stone sculptures, known as stelae, were monuments chiseled out of stone. They created an enduring record to honor and glorify the important royal, political, and religious leaders of Mayan society at the time. The stelae are upright, flat slabs of stone worked in relief. Their size, larger than that of a human being, created an engaging and awe-inspiring impression of their leaders. These were monuments which symbolized the strength and power of the most prominent individuals of their time. "Tetun" in Mayan language means "Stone Tree." The hieroglyphic texts found in the stelae elaborate and commemorate the lives of the Mayan people and their leaders.