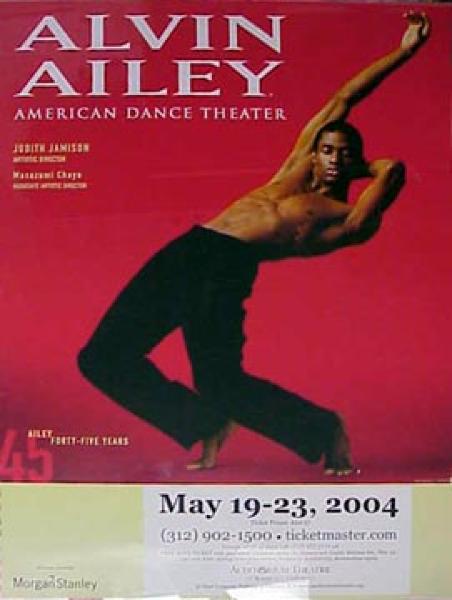 Bare-chested man in black pants bending backwards(dancing) on a red background. A block of text is below the image.

The Alvin Ailey American Dance Theater grew from the now fabled performance in March 1958, at the 92nd Street Young Men's Hebrew Association in New York. Led by Alvin Ailey and a group of young African-American modern dancers, that performance changed forever the perception of American dance. Today, led by Artistic Director Judith Jamison, AAADT has gone on to perform for an estimated 23 million people in 48 states and in 71 countries on six continents, including two historic residencies in South Africa. The company has earned a reputation as one of the most acclaimed international ambassadors of American culture, promoting the uniqueness of the African-American cultural experience and the preservation and enrichment of the American modern dance.