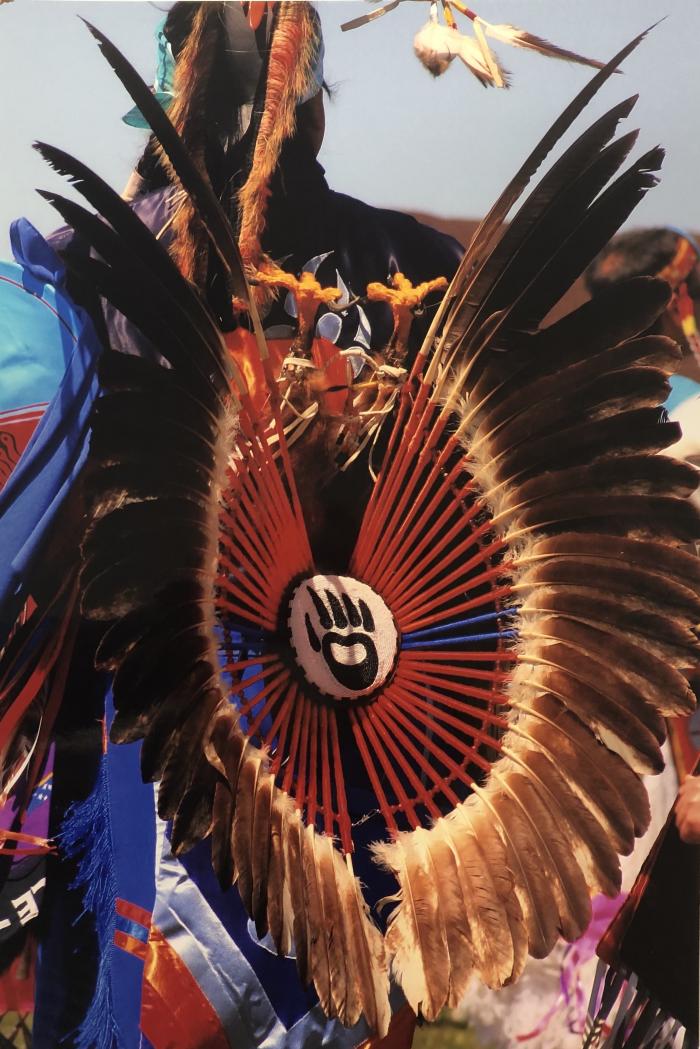 Gift of the artist.

Colored photograph of a grouping of feathers in a wing like shape with the ends covered in red with a black and white bear claw image at the center. The bustle is being worn on the back of someone.

Brita Brookes' Native American imagery comes directly from first hand experiences participating in Pow Wows of the Three Fires Confederacy area of Michigan and Ontario. The Three Fires Confederacy consists of Indian Nations who reside in the United States around the Great Lakes and Canada. Although not of Native American heritage herself, she has actively been involved in Native American communities across the country. The photos in this series reflect the qualities of light, dance, movement, texture, emotion, and energy of the Native American culture. The level of detail which is seen in the pow wow dancers regalia represents years of traditional knowledge being passed from generation to generation in the creation of these intricate and beautiful clothing and sacred objects. This image shows a close up of a men's pow wow dancer eagle feather bustle that has a beadwork detail of a bear paw.