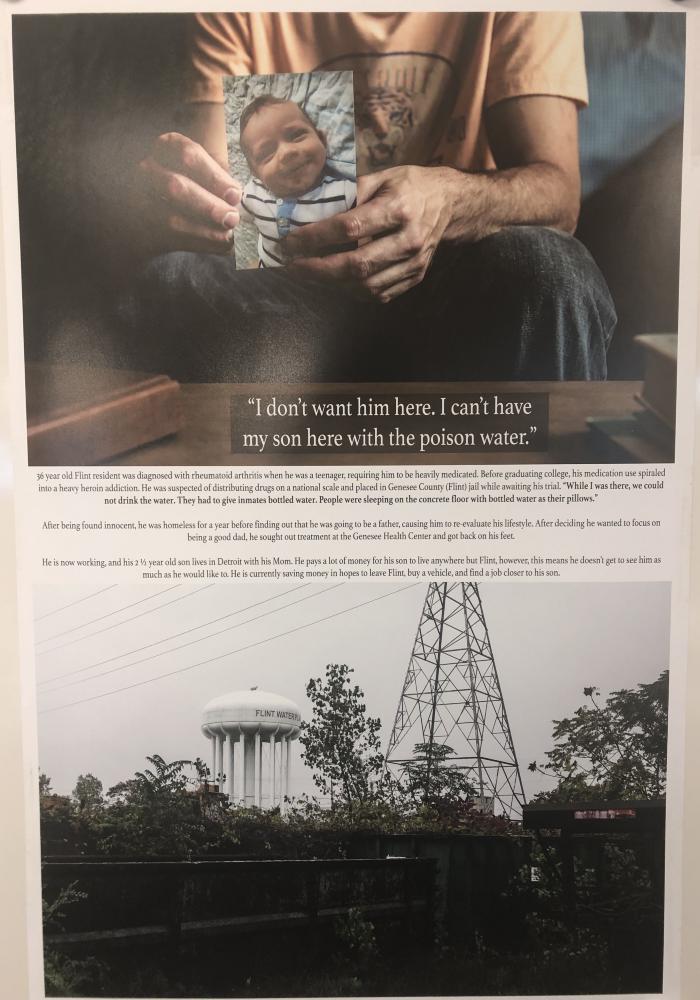 "As of November 2018, the people of Flint, Michigan have been without clean water for 1,679 day and counting. Prior to 2014, the city of Flint purchased treated water from Detroit. I hopes of saving money, the city announced that a new pipeline would be built to deliver water from Lake Huron. In the meantime, they would use the Flint River as their water source. When the switch was made, the city violated federal law by choosing not to treat the highly corrosive river water. Consequently, the water quickly ate away at the city's old pipes, bringing lead into the faucets of every Flint home. Residents unknowingly drank this poisonous water for over a year and a half (often resulting in negative health effects) before the city finally informed them of the contamination and provided them with free water bottles. The people of Flint depended on that bottled water to drink, bathe in, and cook with every day for the next three years. In April of 2018, Flint began the long process of replacing all lead pipes in the city. Water quality began to improve, and Governor Snyder called for the end of free water distribution. Since then, the infamous crisis is no longer making headline news, and many outsiders think the problem has been resolved. However, that is far from the truth. This series uncovers the untold stories of six individuals who have been living through this crisis for 1,679 days and counting. The effects of this man-made disaster will haunt Flint financially and environmentally for years to come. After being poisoned, neglected and forgotten, the people of Flint need their voices to be heard now more than ever." - Valeria Wojo