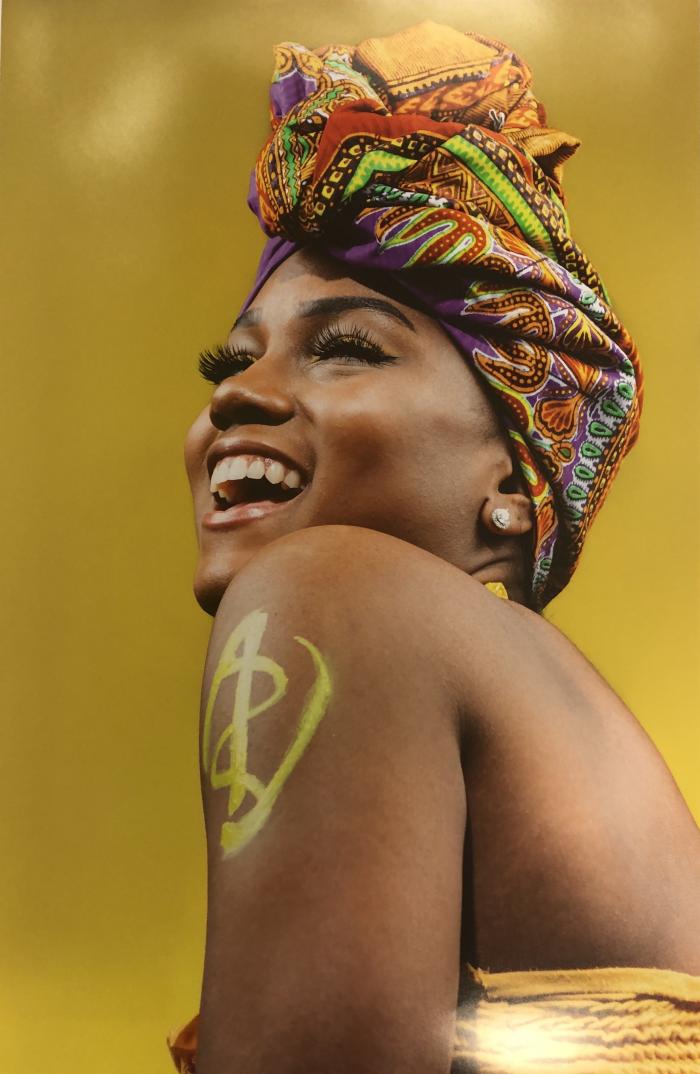 Taken for Granted: Supremacy of God

Colored photograph of a smiling African American woman looking over her shoulder that has a yellow symbol painted on it. She wears a colorful head scarf. Bright yellow background.

"When you hear the words royalty or role model you most likely won’t visualize people of color. Why is that? Society labels black people as African American but no African history is included into the education system Pre College. Time and time again I find myself along with my peers are constantly being educated about Martin Luther King Jr, Rosa Parks and Malcolm X but there’s so many other people of color that should be recognized in textbooks. Even though I know about many African tribes I can’t pinpoint which tribe I’m from due to my ancestor’s historical heritage being stripped away during slavery and later colonized throughout history. Knowing about African tribes only gets me as far as a basic understanding, not a feeling of belonging. Often, African Americans are dehumanized through photography and seen in a negative light due to social media, news outlets, movies and television shows. Capturing beautiful yet emotional portraits of people of color is just the surface. African American female photographer Carrie Mae Weems inspired me to photograph beyond the surface by connecting African culture through the use of colors, symbols, and prints to reflect African Americans taking back their African heritage and identity. This series is meant to create awareness but also to uplift the African American and Mexican American community in a positive light. Mexican and African Americans are taking back their heritage by not letting society define their culture for them. People of color deserve to be represented in a conclusive and much more lively way in society. " -Markeyna Jefferson