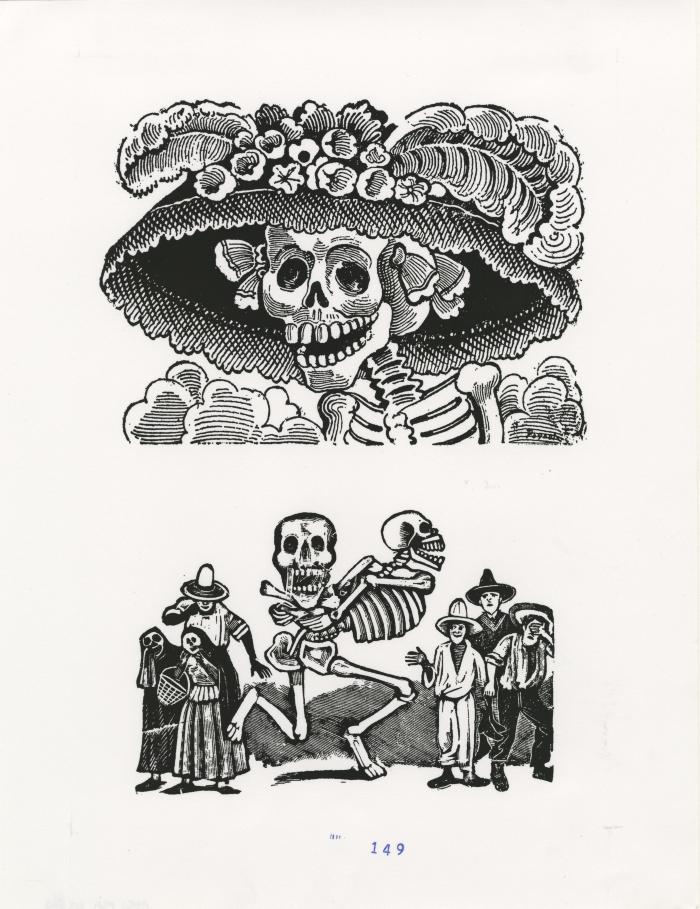 Reproduction of a Restrike Print

The title, La Catrina y Calavera del Siglo XX means "Catrina and the Skull of the Twentieth Century". There are two images, both in black and white without borders. The top image is of a catrina, which means well dressed skeleton figure in the Day of the Dead style. It is only the bust of the skeleton and most of the image is taken up by a large hat with flowers on top. The second image is a skeleton carrying a pile of bones on his back. He is doing a dance of some kind and three people on either side of him watch in terror. There are two on the left side wearing costumes and the people on the right side are in hats and normal clothes.