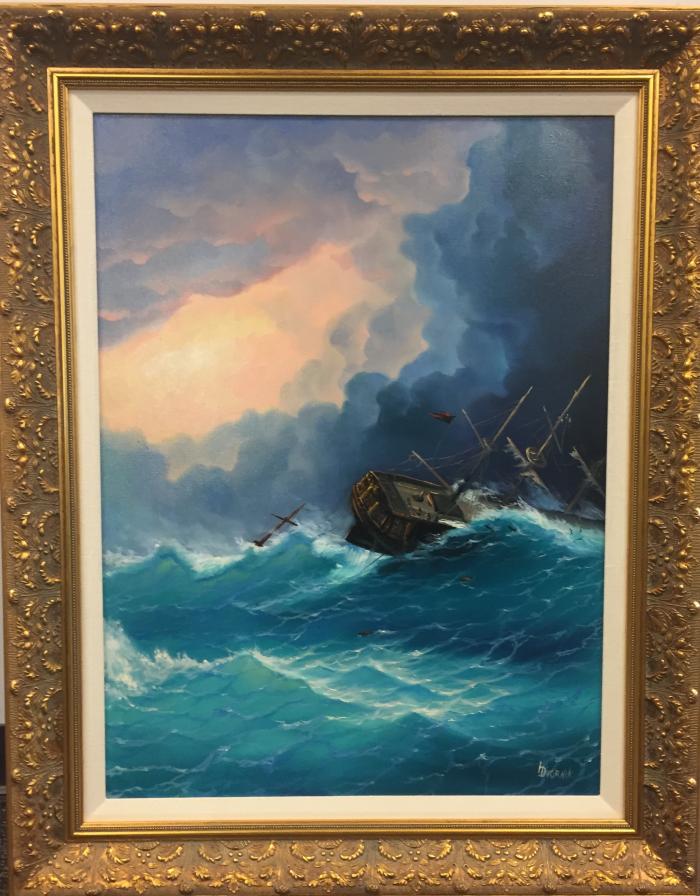 Iouri Khamitov was born in Vladikavkaz, Russia, a small town near Moscow. Both his father and grandfather were well educated artists. After classical training in painting, Iouri worked as a painting restorer and trained as an architectural designer. Later in his career, the Russian government acknowledged his artistic skills and gave him a position in advertising. At the time, his paintings often included natural still lifes and water scenes, with a heavy influence from his studies of Greek mythology as a child. His paintings were realistic in style, while heavily driven by story telling in subject matter. His private work became more popular, and as a result, the government forced him out of his position and he was forced into artistic seclusion for 16 years. He took on various jobs, and still painted in secret, changing his name to Dvornik in order to keep painting. Upon the fall of the Soviet Union, Dvornik’s was still well recognized and began to be exhibited throughout Europe. In 1993, Dvornik moved to the United States with his debut at the famed Gallery Revel in Soho, New York, where he found international success.