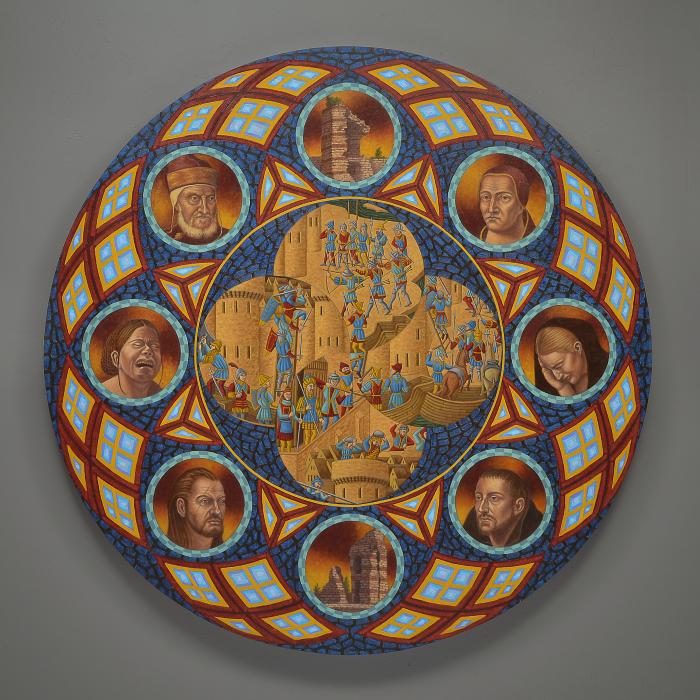 The Fourth Crusade was initiated by Pope Innocent III and took place from 1202 to 1204.  This crusade went terribly wrong and many feel that it created a permanent stain on the history of Christianity.  The original purpose of the crusade was to reclaim Jerusalem from Muslim control.  Soldiers of fortune and noblemen were enlisted in the cause.  The state of Venice agreed to build ships for a price, however, the funds needed to pay the Venetians fell short. The crusaders, driven by the need for money to further their campaign decided to attack the Christian city of Zara on the Adriatic coast.  Sadly, the residents of Zara hung Christian banners from the walls of the city hoping the crusaders would resist violence.  The Christian crusaders brutally sacked the city committing acts of rape, murder and robbery. The crusaders then decided to intimidate the city leaders of Constantinople into accepting the banished Prince Alexios Angelos who secretly agreed to pay the Venetians debt.  Alexios was murdered not long after his installation as co-emperor. Unsure of whether they would receive payment, the crusaders decided to sack Constantinople even though it was a Christian city.  The crusaders burned large portions of the city, destroyed the library of Constantinople, looted and violated churches and monasteries and raped, murdered and robbed the general populace. After this, the crusaders gave up their campaign to re-take Jerusalem and returned home.  Pope Innocent III allowed the crusaders back into the church and accepted some of the ill-gotten spoils from the sack of Constantinople.  This crusade intensified the schism between the eastern and western church and caused the death of thousands of innocent people.