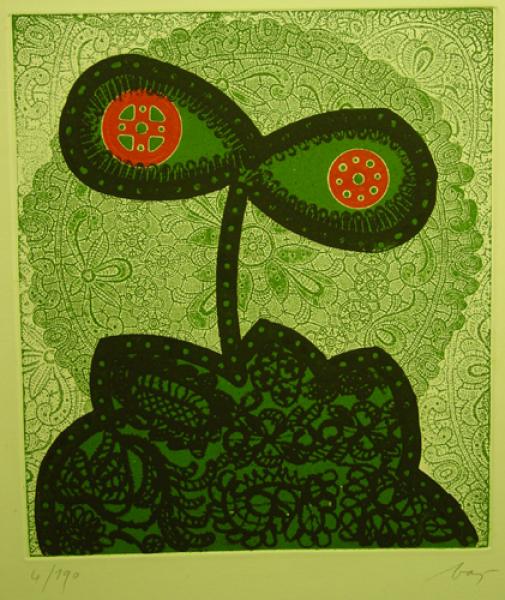 Plant that is growing out of rock, looks like red eyes.