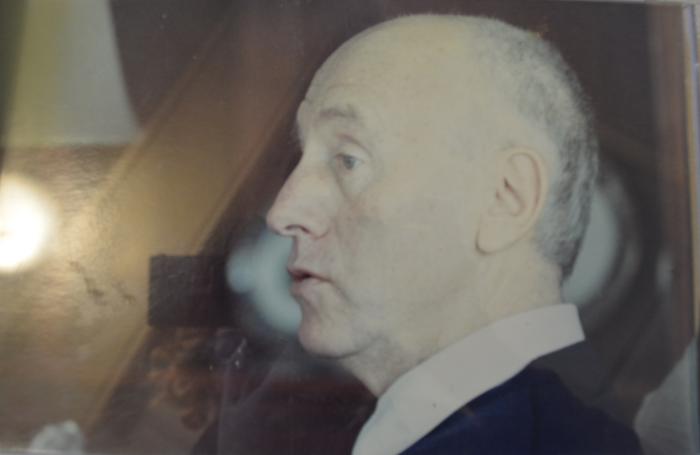 Colored photograph of the profile of a man's face (Peter Fink). Contained within a plexi frame.

Peter Fink was born in 1907 in Grand Rapids, Michigan. He studied art in Chicago while working as a designer of handmade carpets. He later moved to New York and began to work as an industrial designer. After World War II, he began to pursue photography, which he later became very well known for.