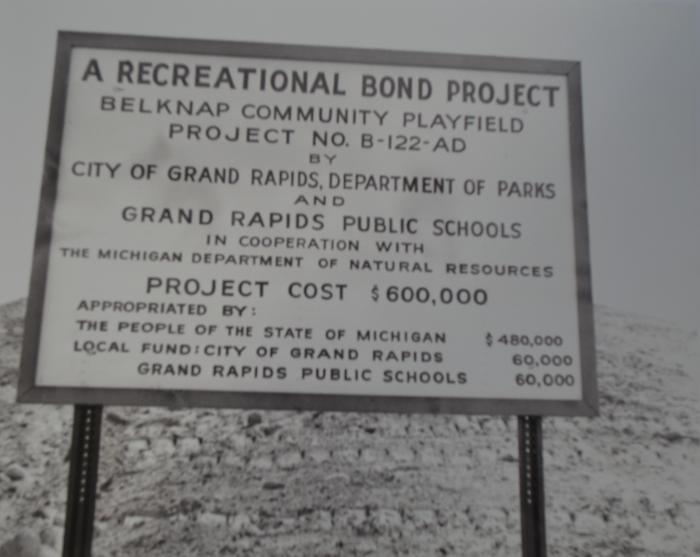 Courtesy of The City of Grand Rapids Archives

Black and white image of a sign titled at the top "Recreational Bond Project".

The site of the city’s first reservoir (1874). Belknap Park was renamed in 1932 to honor Civil War veteran Capt. Charles Belknap. The park was further developed as part of a WPA project in the 1930s, and in the early 1960s, approximately 2 million cubic yards of earth were removed from the park and used for freeway construction through downtown. In the 1970s, Grand Rapids Project X, an earthwork sculpture created by artist Robert Morris, was cut into the hillside.