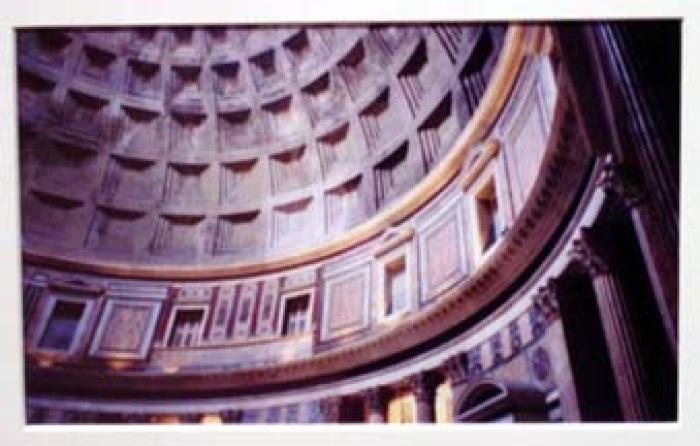 The inside view of Pantheon with emphasis on the top of the drum shaped walls and the coffers in the ceiling.

The Pantheon in Rome was completed around 125 AD, and is one of the best preserved examples of Ancient Roman architecture. Historians believe that the Pantheon was one of the first buildings built for the interior to outshine the exterior, as can be seen in the majestic interior presented in this image. The ultimate purpose of the building in ancient times is unknown; some possiblities include a temple or a public place where the emperor could address citizens. Following the fall of Rome, the building was converted to a Catholic church.