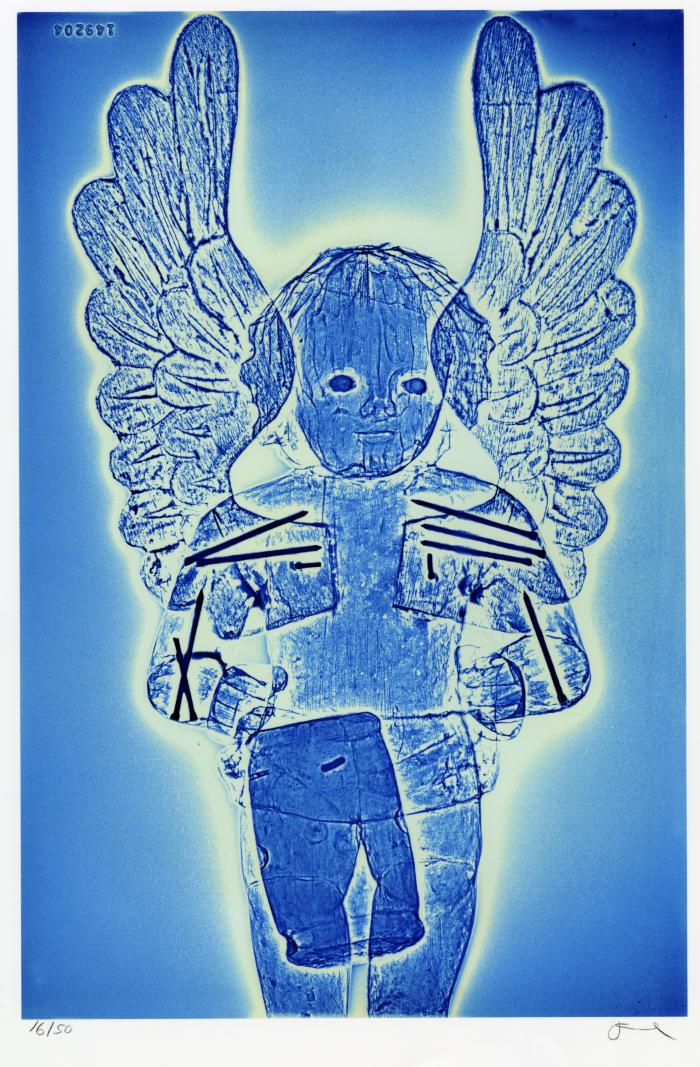 "Xerorodiographs, a technology commercially known as mammography, were done at the Xerox Medical Research Center in Pasadena, California, between 1978-1982. I placed objects on a charged selenium plate and then put the plate in an X-Ray box, closed the door and exposed it to the X-Ray. The X-Rays changed the charge on the plate wherever they hit the plate. I then placed the plate with a 'latent image' into a Xerox machine. The charge on then the plate attracted toner with the opposite charge. About a minute later a print emerged." - Sheila Pinkel