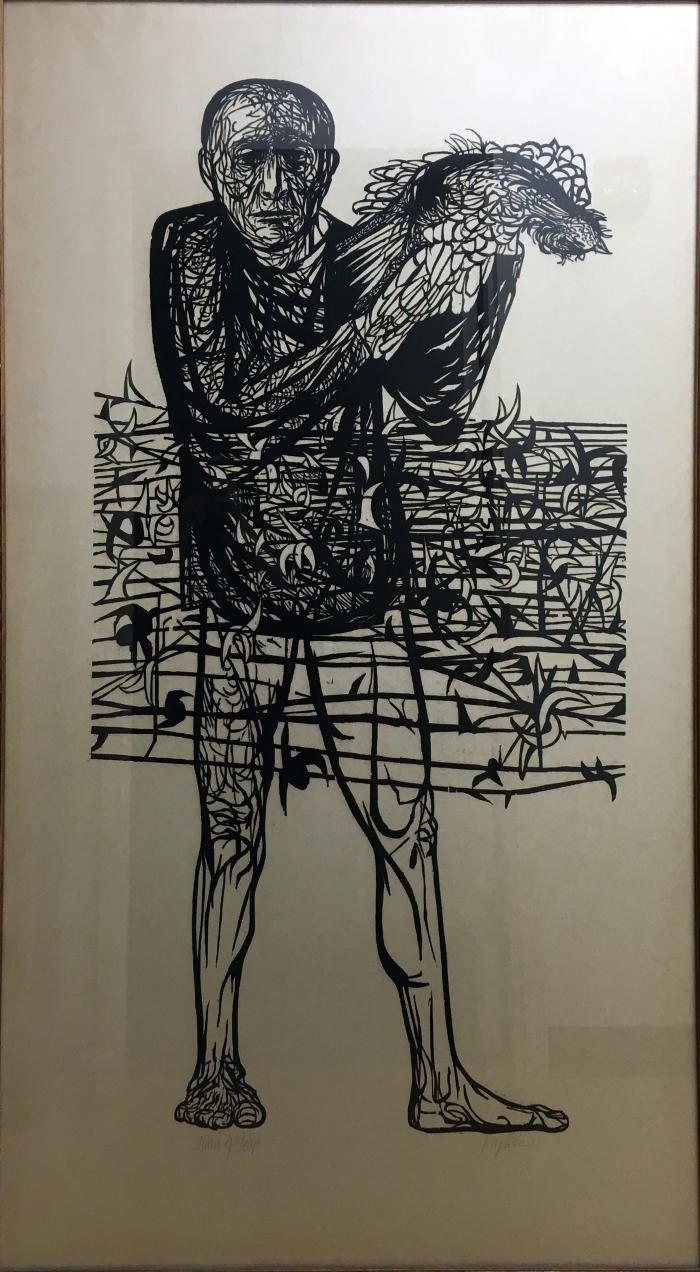 Leonard Baskin (American, born August 15, 1922–died June 3, 2000) was a sculptor, wood-engraver, book-illustrator, graphic artist, writer, and teacher. Born in New Brunswick, NJ, Baskin was educated at a Jewish religious college, and his education had a great influence on his work. Baskin experimented with art at a young age, and had his first solo exhibition in 1939 at the Glickman Studio Gallery in New York. Baskin studied at Yale University between 1941 and 1943. In 1949, he received a BA from the New School for Social Research in New York. He spent the next two years abroad studying in Paris and Florence. Between 1953 and 1974, he taught sculpture and printmaking at Smith College in Northampton, MA.