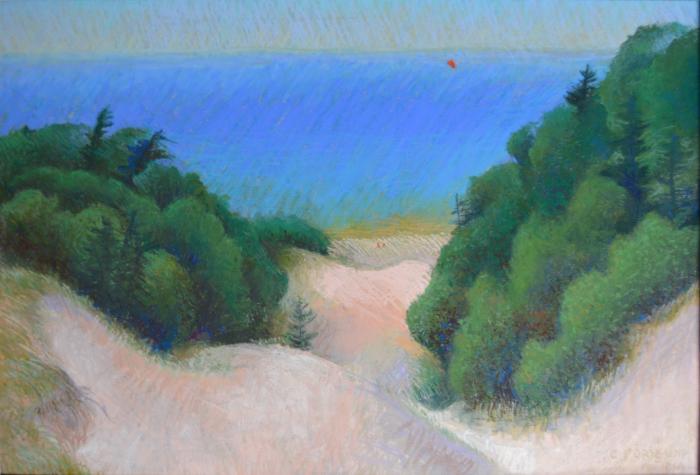 Carl Forslund grew up on the west side of Grand Rapids. Like many of his generation, he enlisted in the Army upon graduation from high school in 1945 and served in Guam and the Philippines in the aftermath of World War II. Carl attended the University of Michigan and earned a degree in Wood Technology. Carl showed an early talent in drawing and became an accomplished painter at an early age, a passion he maintained for the rest of his life. He was the last surviving founder of Grand Valley Artists, an organization established in 1957 to support the art community in Grand Rapids.