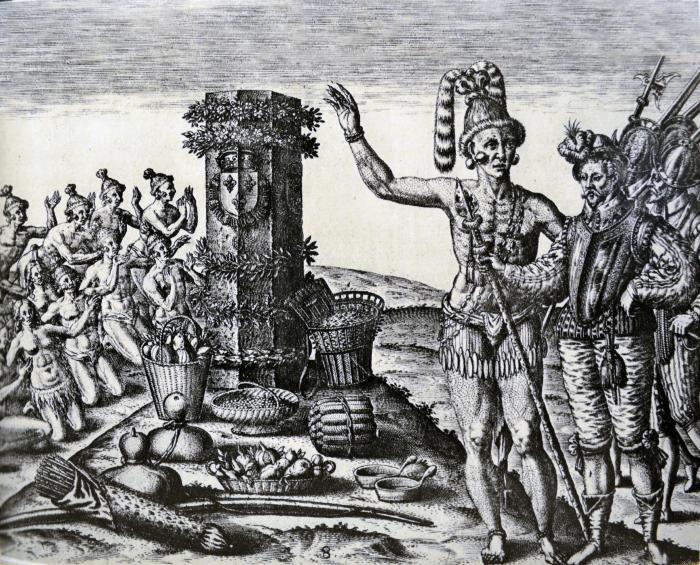 Jean Ribault explored the St. John's River in modern-day Jacksonville, Florida. He named it "River May" for the month of founding. He erected a landmark, carved in the form of a column, bearing the arms of the Kink of France, claiming territory for France. The scene is of Athore, son of the Timucuan king Saturiwa, showing René de Laudonnière the monument. The Native Americans worshiped the stone as an idol and made offerings to it of fruits, edible and medicinal roots, perfumed oils and flowers. Illustrations by Jacques le Moyne de Morgues, an artist who accompanied the French Expedition to La Florida under René de Laudonnière in 1564. Engravings by Theodore De Bry were made of the Le Moyne Paintings and reproduced from the original first edition of 1591 From The New World - The First Pictures of America. Edited by Stefan Lorant.