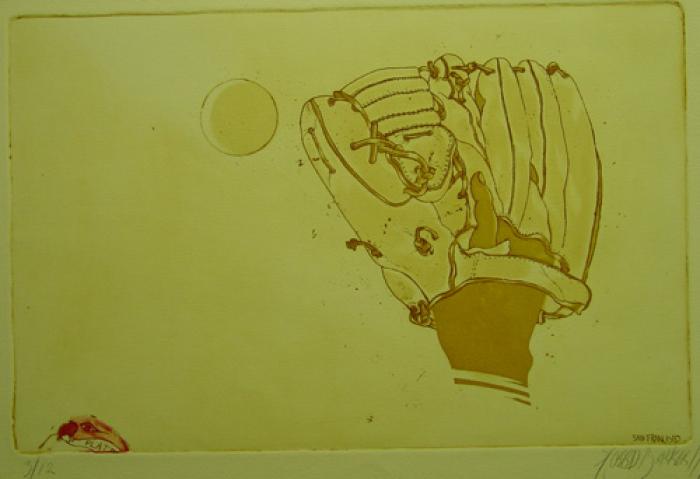 Sjoerd Bakker studied at the Rietveld Academy in Amsterdam, and is highly fascinated by Southeast Asia and Japan. In his graphic works and watercolors the influence clearly recognizable due to the simplicity of form and color. The work exudes a mystical calm. His works are usually elongated in shape, reminiscent of traditional Japanese prints. A note from the artist states, "A travel to Japan long ago led me eventually to a small wooden house at the foot of Fuji-san, the sacred mountain of the nation. Three months I was there and it [changed me permanently] in the artistic sense. After many years I returned [again] to this country, and have made many trips and often exhibited. The nature is beautiful, it was often the starting point for my etchings and paintings. In the foreground: object, or a trace of human presence or absence." (translated directly from his Dutch website)