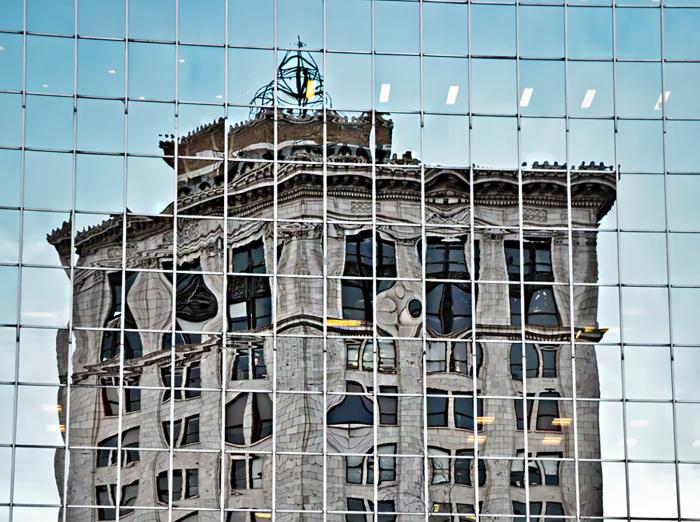 Sitting on the land where one of the first town meetings was held in a small log cabin, now towers the McKay Tower. Building began as the Wonderly Building in 1890, with renovations and additions from 1921 to 1927. In 1941 it was purchased from the Grand Rapids National Bank by Grand Rapids businessman and politician, Frank D. McKay. From 1927 to 1983, the McKay tower was the tallest building in Grand Rapids, until the completion of the Amway Grand tower.