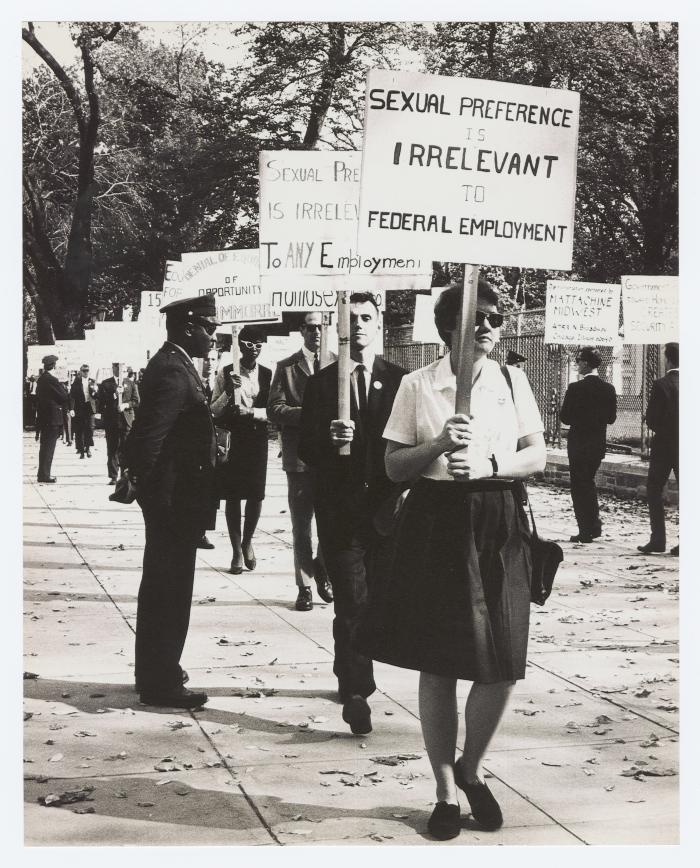 Barbara Gittings (July 31, 1932 – February 18, 2007) was a prominent American activist for LGBT equality. She worked closely with Frank Kameny in the 1960s on the first picket lines that brought attention to the ban on employment of gay people by the largest employer in the US at that time, the United States government. During the events, protestors proved their point not only with signs but with their appearance. Men who agreed to picket had to wear suits and ties, and the women who participated were to wear dresses, heels, and pantyhose so as to look employable by the federal government.