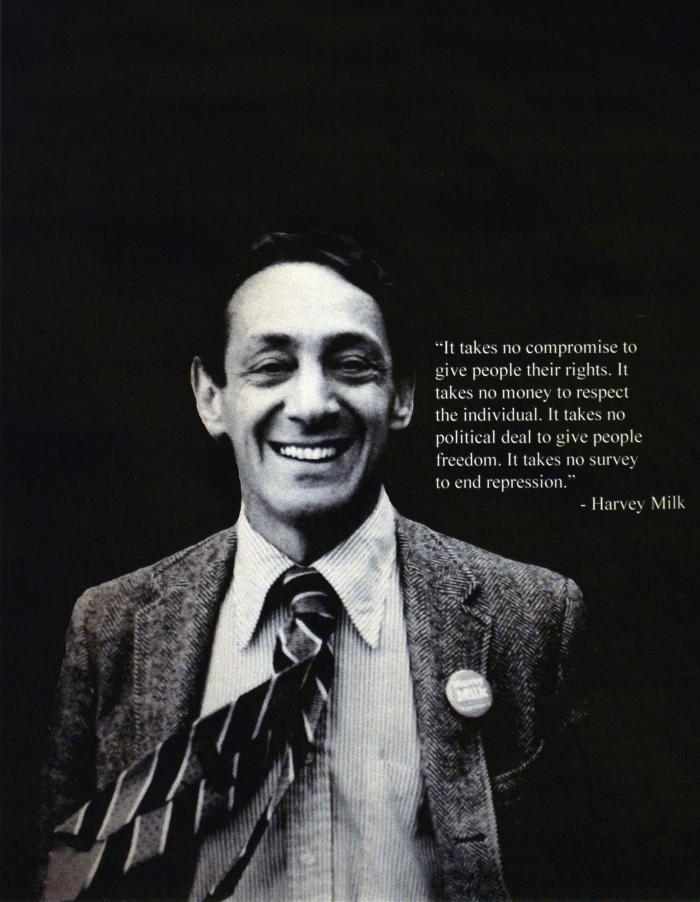 A black and white photo of Harvey Milk along with a quote.

Harvey Bernard Milk (May 22, 1930 – November 27, 1978) was the first openly gay person to be elected to public office in California, when he won a seat on the San Francisco Board of Supervisors. He was not open about his homosexuality nor did he participate in civic matters until he was around 40. Milk served almost 11 months in office and was responsible for passing a gay rights ordinance for the city. On November 27, 1978, Milk and Mayor George Moscone were assassinated by another city supervisor who had recently resigned to pursue a business enterprise but who wanted his position back after failing. Despite his short career in politics, Milk became an icon in San Francisco and a martyr in the gay community. In 2002, Milk was called "the most famous and most significantly open LGBT official ever elected in the United States". Milk was posthumously awarded the Presidential Medal of Freedom in 2009.