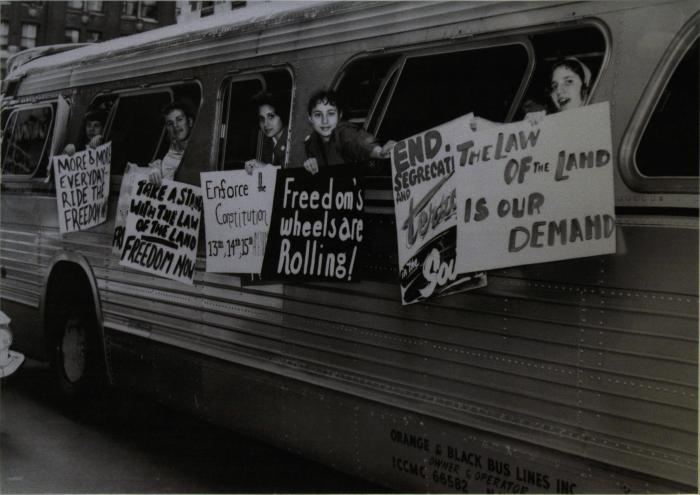 Freedom Riders were mixed racial groups who challenged local laws or customs that enforced segregation in seating. They called attention to the disregard for the federal law and the local violence used to enforce segregation. They would be arrested for unlawful assembly, trespassing, and violating state and local Jim Crow laws, but they often first let white mobs attack them.The civil rights activists rode interstate buses into the segregated southern United States to challenge the non-enforcement of the United States Supreme Court decisions which ruled that segregated public buses were unconstitutional. The Southern states had ignored the rulings and the federal government did not enforce them. The first Freedom Ride left Washington, D.C., on May 4, 1961, and was scheduled to arrive in New Orleans on May 17.