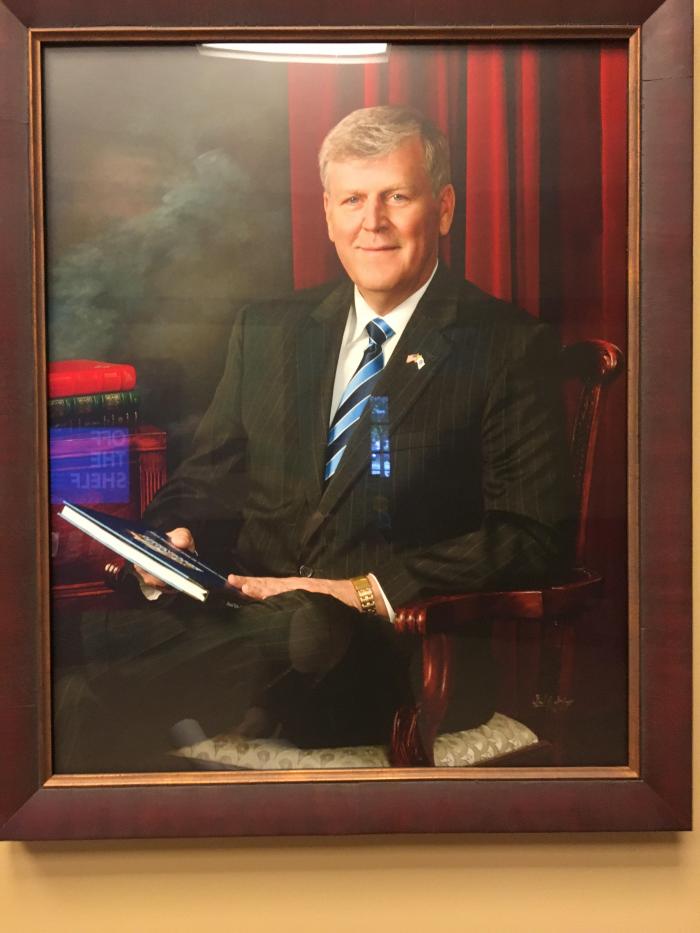 This portrait was taken to commemorate Thomas J. Haas' 10th Anniversary of being President of GVSU. President Haas is the fourth president of Grand Valley State University. He earned a Ph.D. in Chemistry from the University of Connecticut at Storrs, and before coming to GVSU, was the president of the State University of New York at Cobleskill. Haas served for over twenty years in the United States Coast Guard, where he taught at the Coast Guard Academy as a chemistry professor and also served as a member of the Permanent Commissioned Teaching Staff.