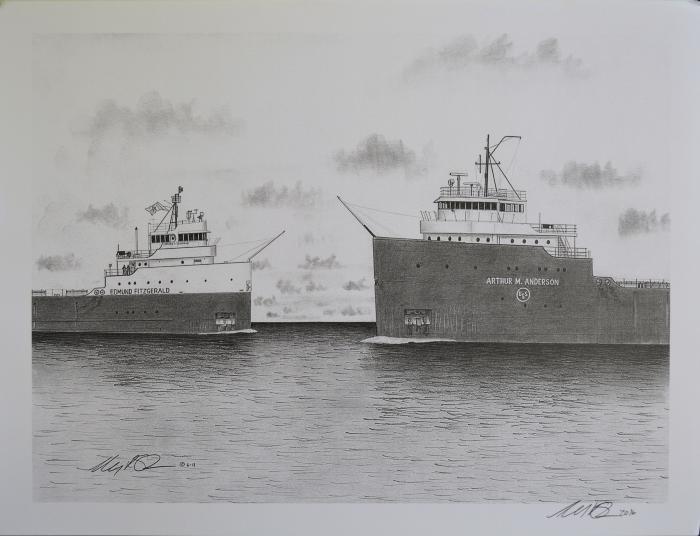 Black and white depiction of two ships facing each other

SS Edmund Fitzgerald was an American Great Lakes freighter that sank in a Lake Superior storm on November 10, 1975, with the loss of the entire crew of 29. When launched on June 7, 1958, she was the largest ship on North America's Great Lakes, and she remains the largest to have sunk there. The SS Arthur M. Anderson is a cargo ship of the laker type. It is famous for being the last ship to be in contact with the SS Edmund Fitzgerald before it sank. It was also the first ship in the search for survivors.